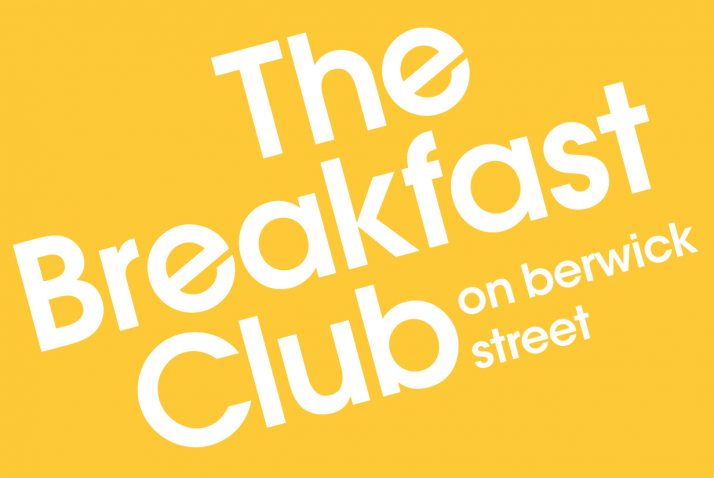 KYLIE AND JASON, LIAM AND NOEL, AMBER AND GREG, D’ARBLAY AND BERWICK STREET – GET READY FOR ONE OF THE GREATEST DOUBLE ACTS OF ALL TIME.

It’s been 14 years since Ali (my sister-in-law) and I opened our first caf on D’Arblay Street in Soho, (actually 14 years this month), and a lot’s happened in those 14 years. I’ve learned how to poach an egg and discovered flat whites. Somebody invented Instagram and Twitter. Shane Ward won X-Factor then went on Corrie. I’ve served bacon butties from our tiny kitchen to Hugh Grant, James Corden, Primal Scream, Sakura from Nagoya, Salvatore from Naples, Reggie the vegetarian electrician from Billericay (Reggie The Veggie – vegetarianism was much more ‘easy come, easy go’ back then). And it’s been 10 years since we tried to sell the caf to a Russian beautician because we couldn’t make ends meet.

But look at her now, a 14-year-old caf that still has people waiting an hour for a table. It’s fair to say that maybe we’ve outgrown that cafe on D’Arblay St. We’ve been offered bigger places, huge places with beautiful expensive decor and more than 1 toilet! We thought about it (for a second) and said not on your nelly, she’s our baby! So much so we signed another 15-year lease on her.

But that’s not the story…

So what’s the story (Morning Glory*) with this drawn-out preamble? Well, this is my way of saying we’re having another baby! Is it a boy? Is it a girl? No, it’s a Breakfast Club!

*For the Oasis fans out there, I’m sure there’s no need to tell you the front cover of ‘What’s The Story (Morning Glory)’ was shot on Berwick St.